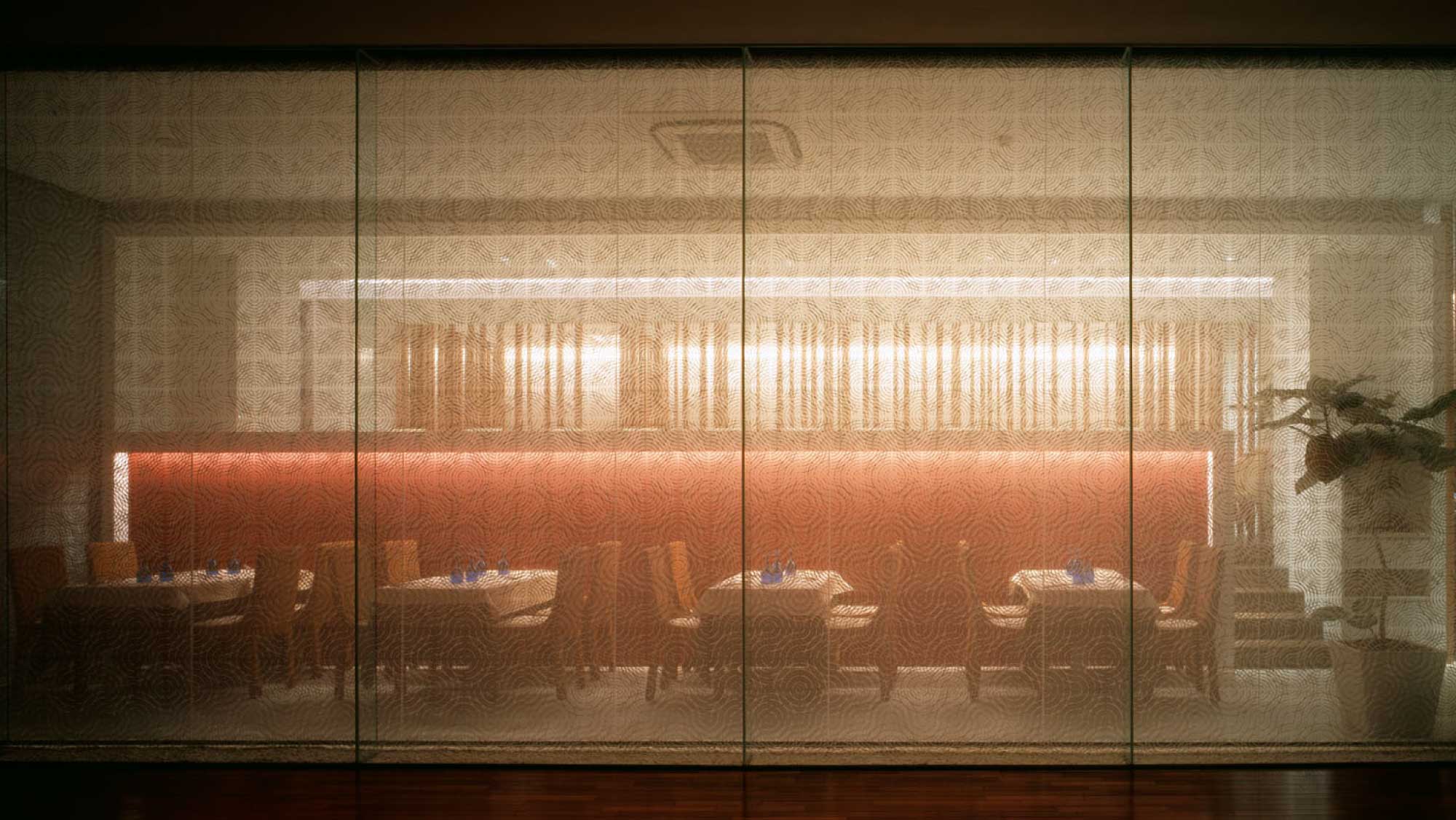 The client, who owns and operates several restaurants in the ancient seaside city of Kamakura, commissioned MDS to design a new Italian restaurant he planned to open in one of the city’s shopping centers. Laid out to evoke the sweeping view of the sea from the mountains around Kamakura, the space is divided into three zones that represent the seashore, a small hill, and a grove of trees. The façade is formed from a double skin of organdie and glass. Decorated with a pattern inspired by the rippling water of the ocean, the overlapping layers lend the façade a gentle sense of depth.